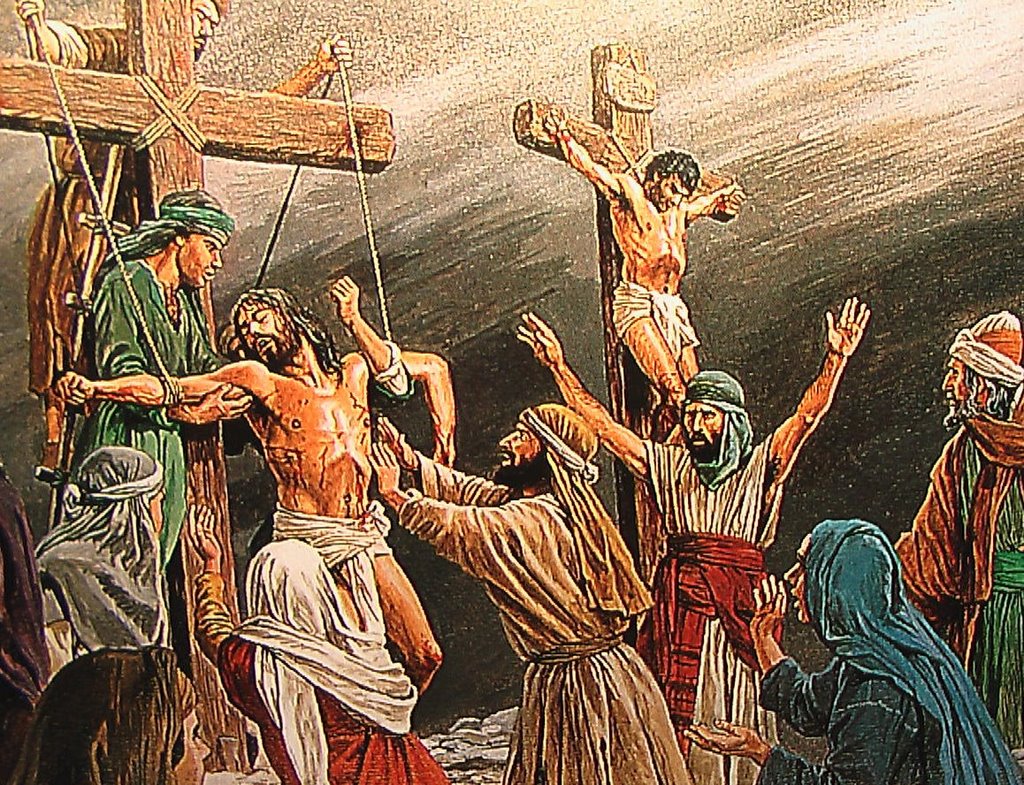 Joseph, with Pilate’s consent, claimed the body of Jesus. The custom of breaking the legs of those crucified had been carried out on the two crucified with Jesus but when they found him already dead one of the soldiers thrust a spear into his side, and immediately blood and water poured from his sacred body. As Mary looked with horror at this final desecration she remembered the words of Simeon, ‘and the sword will pierce your soul also’. Then the dead, pierced, blood-spattered body of Jesus is taken down from the cross and Joseph lays him in his mothers arms. She thinks of the times she held him in her arms as a baby.

At last she allows tears to stream down her face; her only consolation, his suffering is over! She looks at the crowd, they are now subdued. At the end of the day the earth was darkened and they began to realise that they had done something terribly wrong! Even one of the soldiers exclaimed ‘truly you are the son of God’.

As his mother looked down at the battered body who would have blamed Mary if she had wished vengeance on those who had done this to her son! If she had thought, ‘they could have done it to me and I could have forgiven them but to my son, my son who had done only good!’ No, we would not have blamed her if she had felt this way, but, just as her son had said, ‘God forgive them for they know not what they do’, so Mary, his mother, being in complete union with her son, repeated his words. She was his mother and he had made us her children!

Dying you destroyed our death

Rising you restored our life