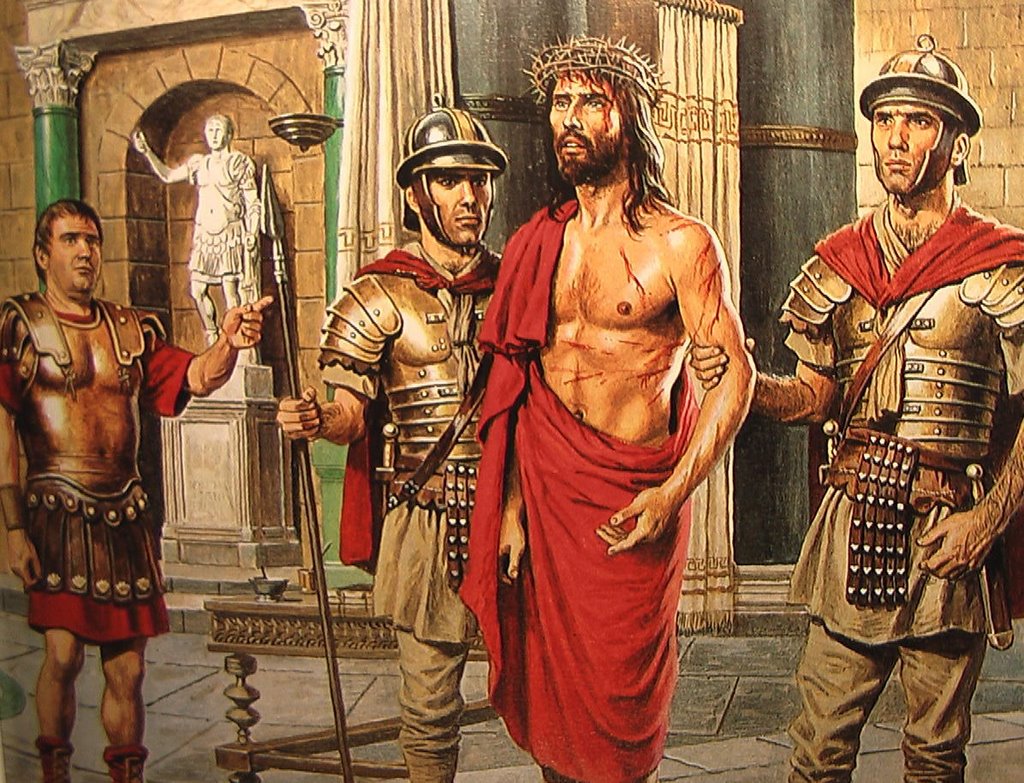 What was Jesus thinking about at this moment? What was he feeling? Was it pity? Pity for Pilate, who knew Jesus was innocent and wanted to free him, but was frightened of losing his position – ‘if you free this man you are no friend of Caesar’s, for he has made himself a king.’

So he backed down and tried to put the blame on his accusers; but he was the judge! But his job came before justice!

Was it pity for his accusers, who were willing to get a person condemned to death for the sake of greed and gain? Or was it pity for the high priests, who were willing to get a person crucified out of jealousy, jealousy of a man better than them; out of pride, for they wanted to be honoured and revered, but this man was exposing them for what they really were, ‘whited sepulchres’; out of fear, fear of losing their comfortable way of life!

It is easy to condemn such people, but am I as guilty as them? I am, if I have ever put position before justice, gain for the sake of greed; if ever I have been envious or proud or been afraid of being found out for what I really am? O Lord help me to learn from this station to conquer my pride, my greed and my jealousy, and try to live as you would have me live.

Dying you destroyed our death

Rising you restored our life