This event had students from seven schools who presented questions to a panel comprising:

At the end of he session each of the seven schools presented their ideas for future action in their schools.  Ideas included:

In their final summaries the panellists made the points: 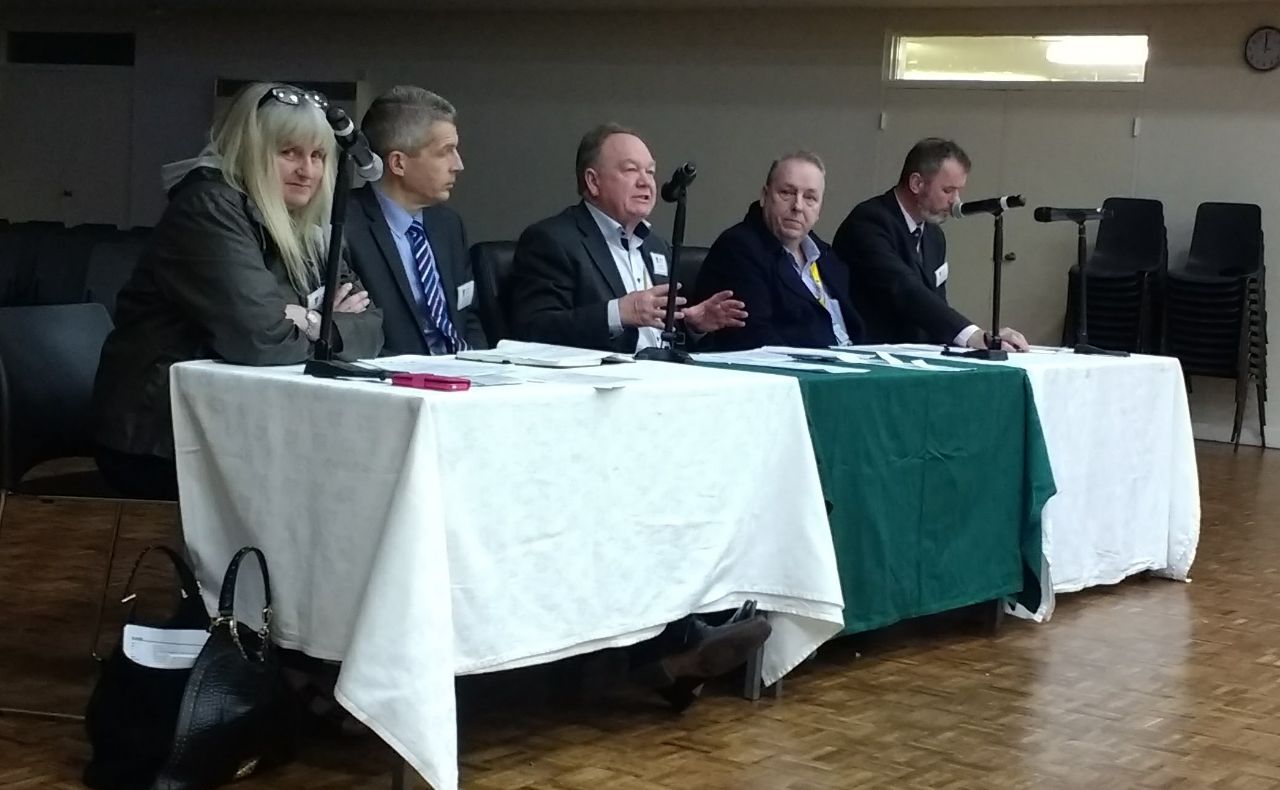 The Advocacy Day was attended by students from Edmund Rice secondary schools of which there are four in the North of England, one in Altrincham and three in Merseyside.  Anthony Brown spoke about the work of the Medaille Trust and Caritas Salford, and presented possible ideas for the students to raise in their schools – e.g lobbying, desk research, social media.  What took their attention most was the Question Time event we had in Clitheroe (see 23 October 2015) and we agreed to hold a similar event for students in Crosby in March 2018.

Tom was referred to us by Brother Jim Catterson whom we met on May 15.

Tom told us about the Edmund Rice work with the United Nations Universal Periodic Review (UPR) which is a unique mechanism of the Human Rights Council (HRC) aimed at improving the human rights situation on the ground of each of the 193 United Nations (UN) Member States.

Edmund Rice have put forward proposals on homelessness, food poverty and asylum seekers and we talked about adding human trafficking to the list.  Once accepted it would have to be implemented and the monitoring process is there to ensure that it is.

We also talked about trafficking input to Edmund Rice schools and agreed to meet again on 10 November.

Brother Jim was one of the people who attended our February 7 Human Trafficking conference and wanted to learn more about what we do and how the Christian Brothers might become involved.

We briefed Brother Jim on the subject of human trafficking and what we were doing and agreed to meet one of the teachers at a later date to see how we might work with the Christian Brothers.